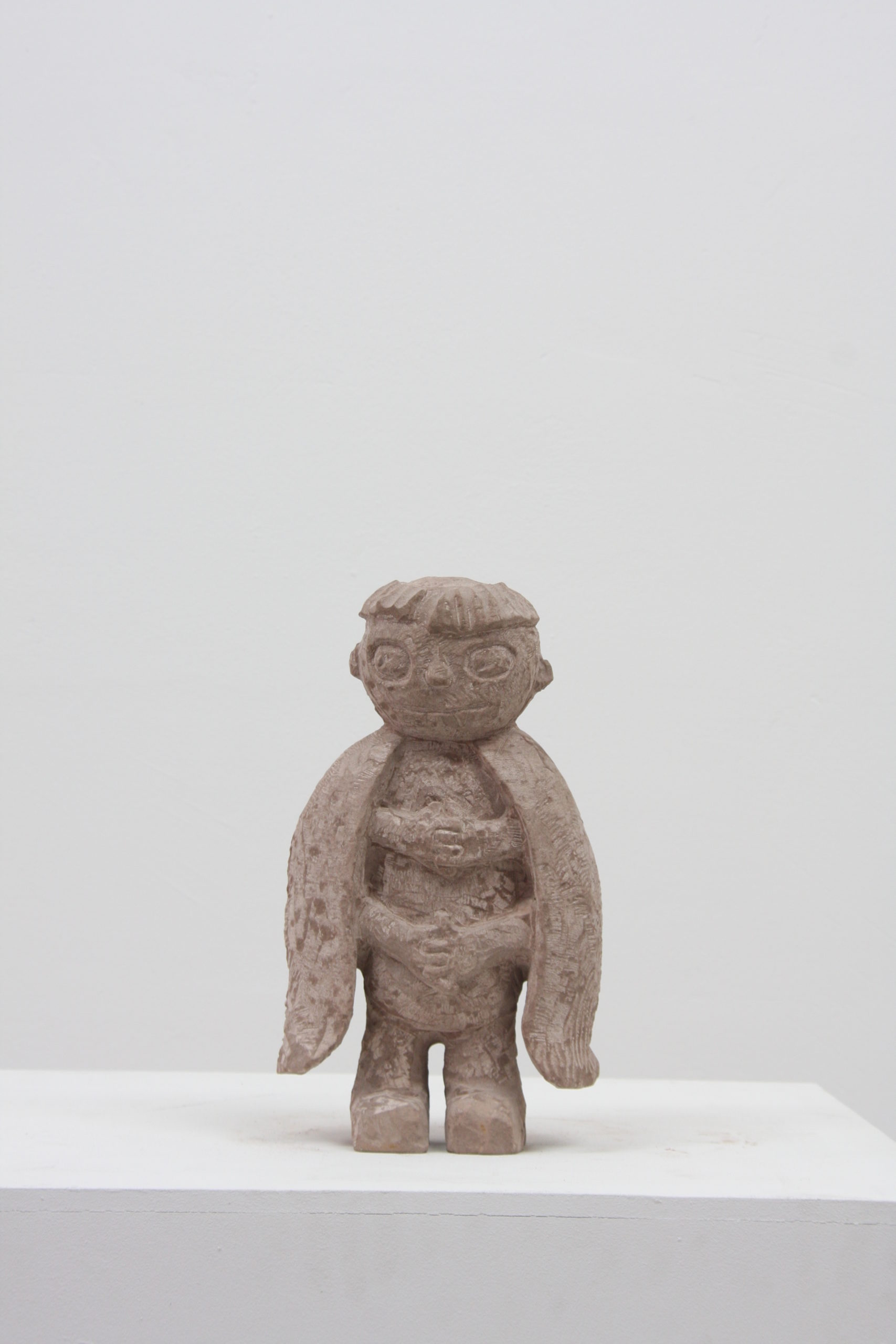 Most often, the figures just stand there, freshly and directly hewn from the block. Four-square, shoulders and head just slightly slumped, sometimes as if they have just been poked back, and are slow to reassert themselves. They wait, immobile. They want something, and still live in their desire, or have occasionally just been thwarted, and now can do nothing but reel, frustrated. Once in a blue moon, the guitar picked up, satisfaction briefly reigns.
The motives are usually base: money, lust for flesh first and then power, with the odd starry eyed lovesick giant. Sometimes they know what they want, and scheme. Others may be less self-aware, but what they feel is nonetheless apparent, so much so that their own horizons are clearly circumscribed within the bounds of our gaze, giving the viewer at least the position of a parental overlord, if not a divine power. This relation is reinforced through the sheer, brutal cuteness, the childlike expectant mouths and gazes, the innocence that is clearly withering in front of our eyes.
The dividing line is not always clear but in general the sculpture consists of the tempted, and the temptation itself is more often to be seen in the paintings. Girls are posed closely, frontally, mute, aloof. They may look at you, and you at them, but no more. And they float, fixed in your view but not in their surroundings. 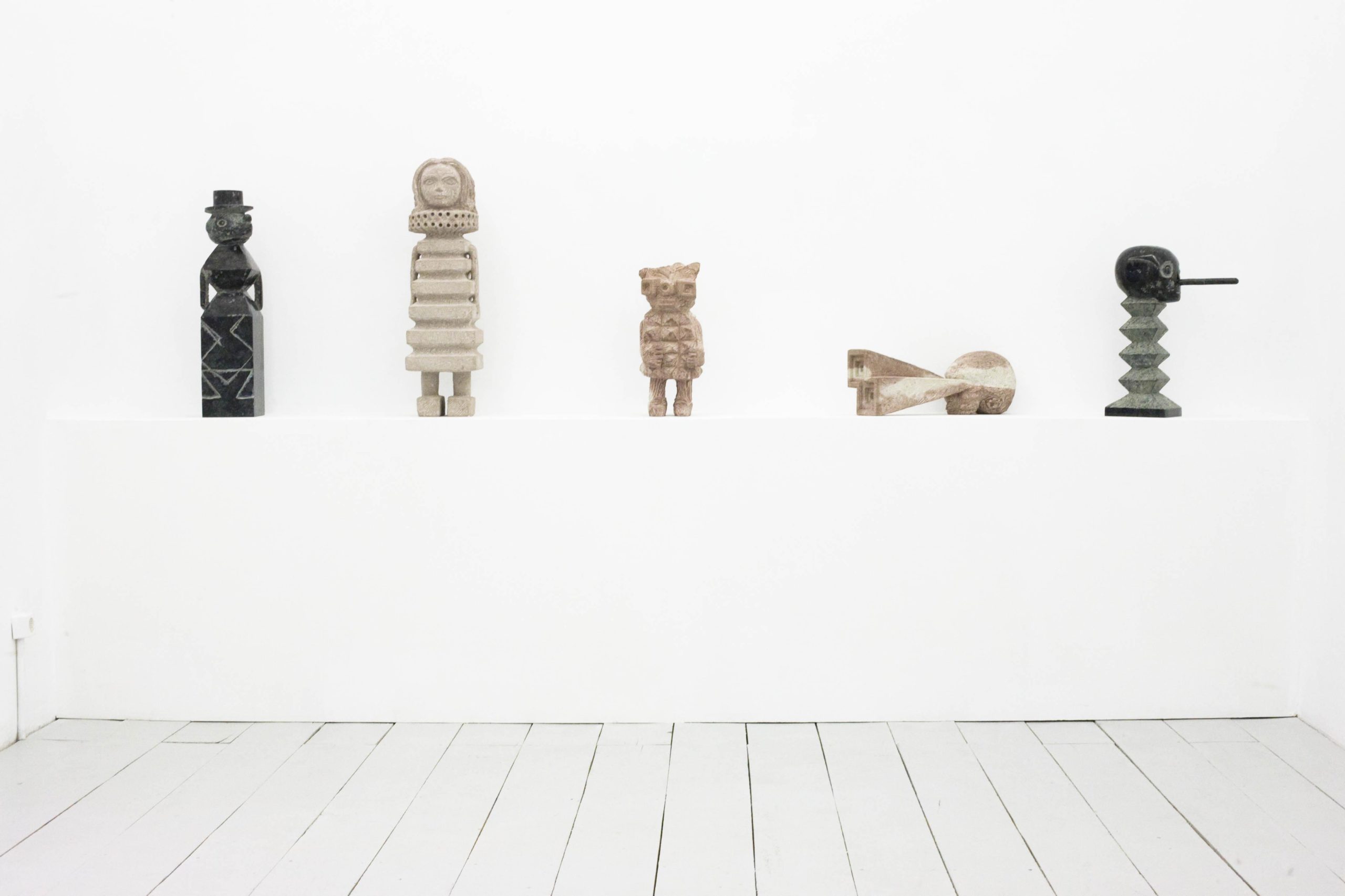 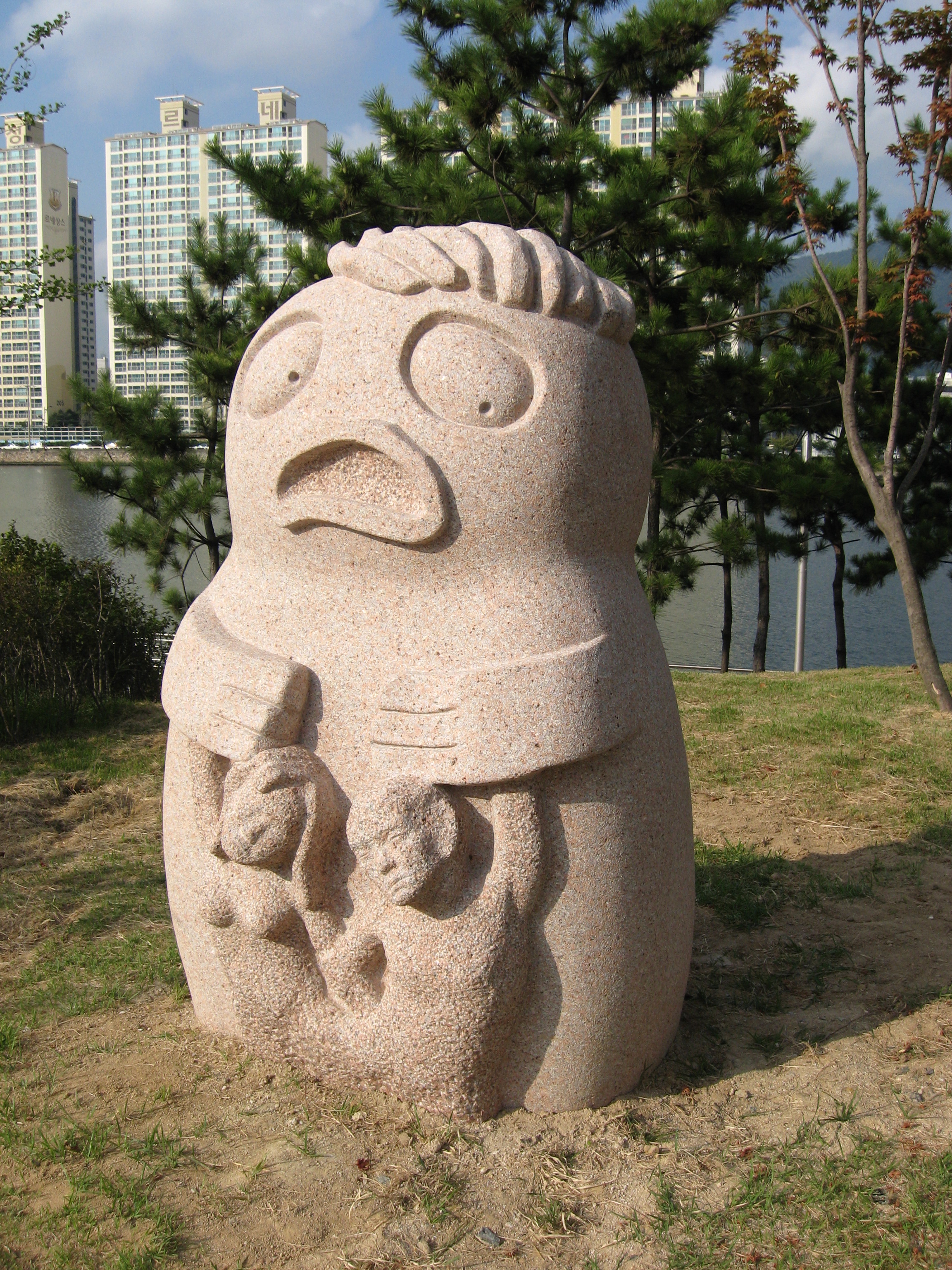 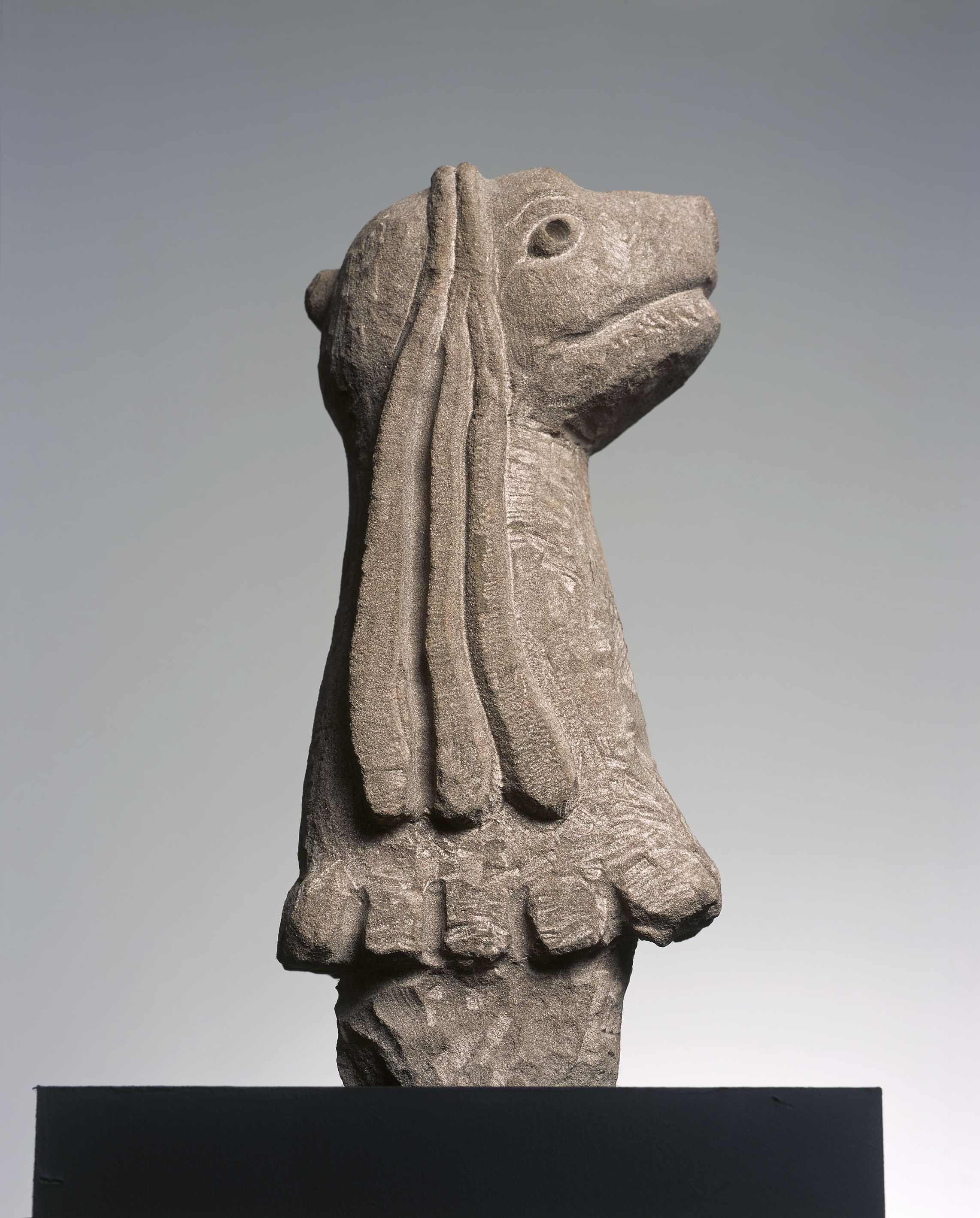 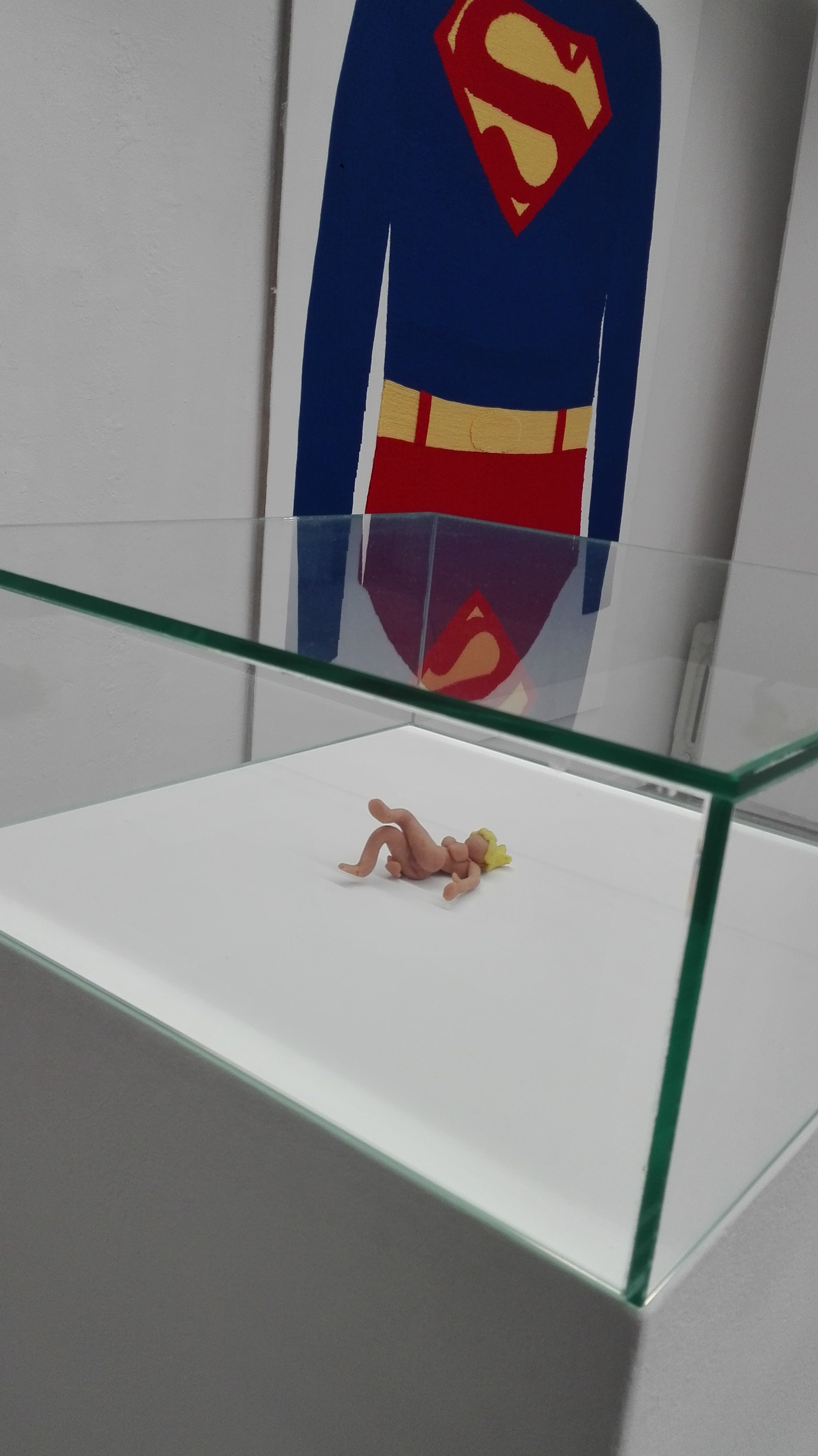