What can a Star-Wars-Chewbacca Totem, a Medieval Crusader and a mythological mask-bearer troglodyte have in common? A strange combination paying no attention to logic. Where have the courses of these disparate characters crossed? Why, when and what for?

Let us introduce you to Stefan Rinck, a sensitive and talented German sculptor whose works won’t leave anyone indifferent.

“Pilgrimage to Kashyyyk” will take us on a journey through Rinck’s personal imaginary. Strolling through medieval-like stone-carved sculptures, one can easily find himself embodying an archaeologist just about to decipher a mystery kept secret for centuries. However, our intuition will make us suspicious, sensing that behind these enigmatic figures complexity is hiding.

On a semiotic level, Rinck’s works are born where symbols are at ease. Because of his deep knowledge in the history of sculpture and philosophy, he becomes a juggler of symbols, able to convey deeper concepts just by a swift innuendo. In his recent published catalogue, Bazon Brock names him “Master Stefan”, probably not only for his talented sculpting skills, but surely for the originality of his art, being able to communicate deeply complex messages just as simply and clearly as the Medieval masters did.

Facing the installation, the first thing we notice is that most of the sculptures represent animals. Rinck is aware of our ease to engage with a message when it’s performed by an animal (just think of Disney movies). Personifying the animal, we attribute a human property, an identity trait, which sometimes is shared between different cultures and in different chronologies; as a kind of universal symbolism. Being able to read abstract concepts, either by association or by tradition, Rinck takes us a step further by introducing in the same work contradictory symbols. To externalize its meaning will entail an inner reading by the observer from his own experience. The sculpture personifies that Jester who tells us a hard truth “A man sees in the world what he carries in his heart” (“Faust” – Johann Wolfgang von Goethe)

By using an extensive imaginary, boarding from art, literature, philosophy and cinema, Rinck re-reads these images within a contemporary approach. His works are able to combine antagonistic concepts in a perfect balance: deep fears seen from the most serene courage, evil and goodness at the same glance, the indiscernible mixture of fiction and reality; all these concepts seen through a contemporary kaleidoscope.

CCA Andratx is proud to present its first exhibition with Stefan Rinck. This “Pilgrimage to Kashyyyk” is composed of nine individual pieces belonging to different series of works.

The outstanding Chewbacca Totem, located in the CCA lobby, welcomes visitors and shelters them under its protection, just as the Native Americans attributed to their totem. Native to the planet Kashyyyk, Chewbacca is one of the most likable characters in the film saga. His loyalty is unshakable, as it could not be otherwise being a kind of extra-terrestrial dog (even its name comes from the Russian word for dog: “Sobaka”).

Watching over this central figure stands out the guardian ape, whose figure, pose and attributes can remind us of our origin, or perhaps our future (in reference to Planet of the Apes).

Meanwhile, from one side, we find a group of pilgrims. This diverse set consists of different characters, a Crusader, Sancho Poncho – aka Sancho Panza -, Lucio – aka Il Dottore from the Commedia dell’arte – who with their goodness and their evilness, set forth on a common trip.

Finally, and closing the stage, a small crab sculpture awaits us. Created by Stefan Rinck during his stay at the CCA Studios last May, it symbolizes success in Chinese culture; this figure farewells us from the pilgrimage, an omen about our own fate … 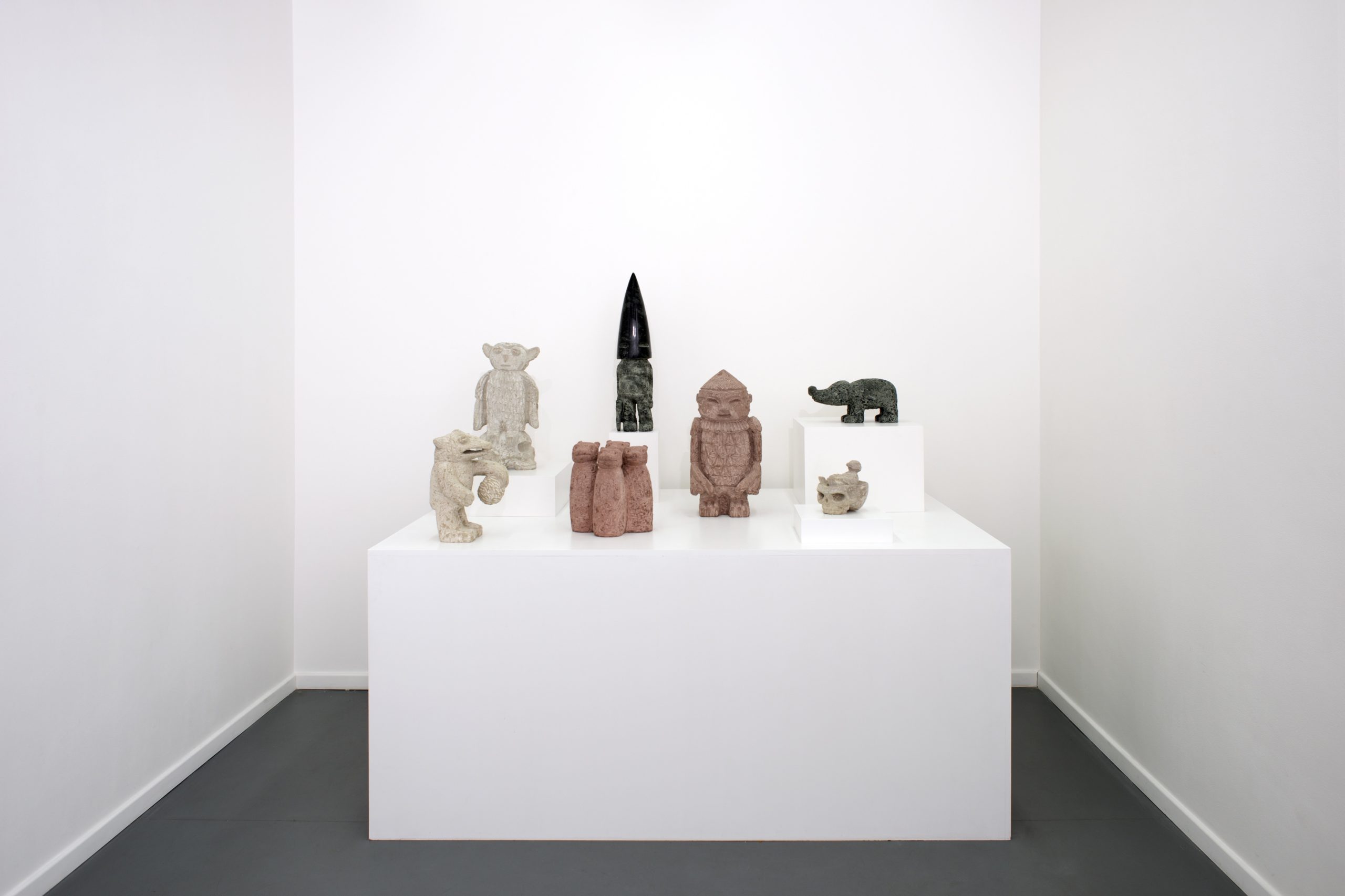 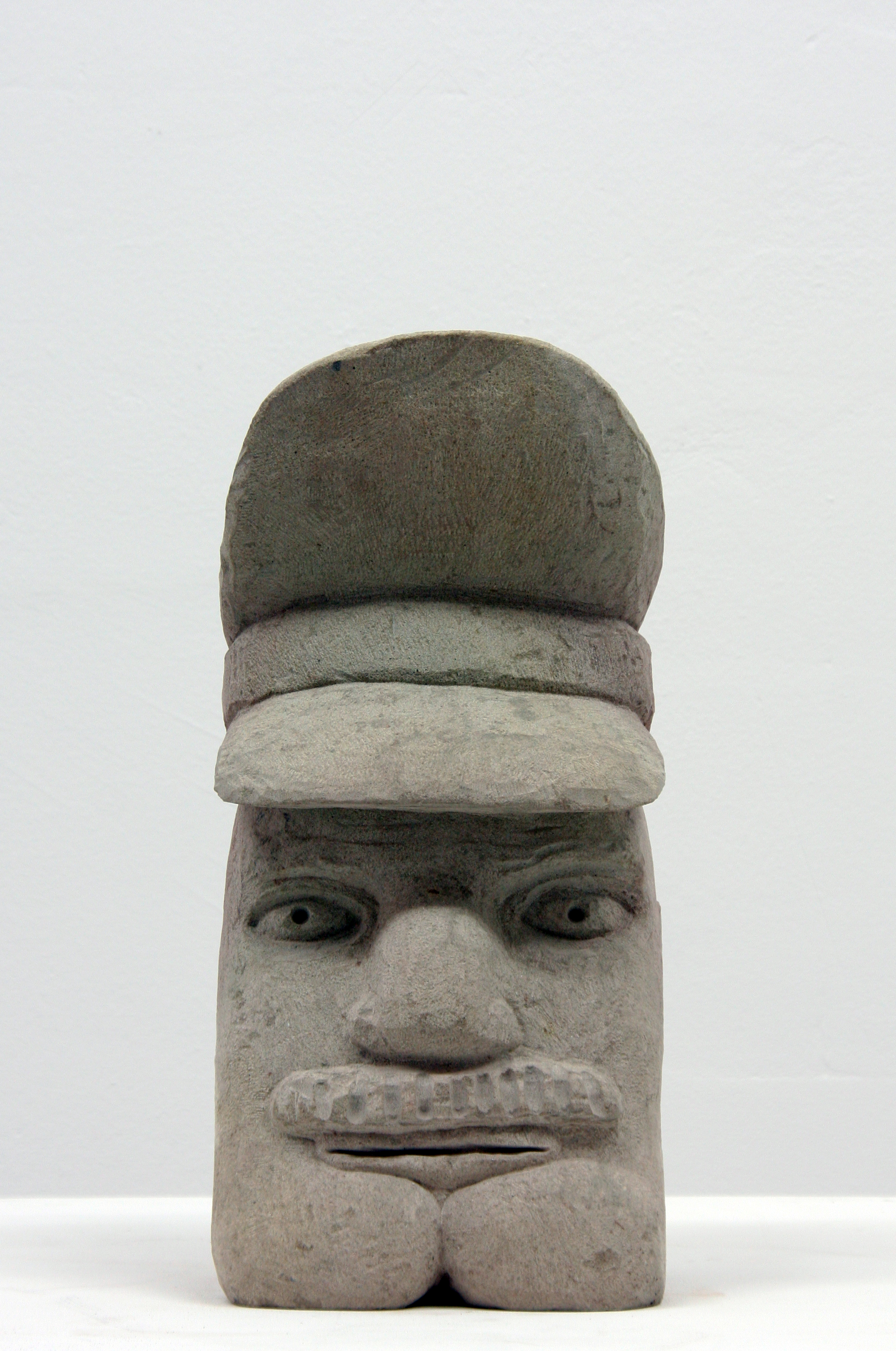